Everybody deserves a place to call home. A place that is safe, a place to rest, a place to welcome our friends. These are the needs that only a home can provide. Without a home, we can’t plan for other parts of our lives like starting a family, getting an education, or participating in our communities.

Anglicare Australia is committed to creating a fairer and more just society. This position statements describe our positions on the issues related to Affordable Housing 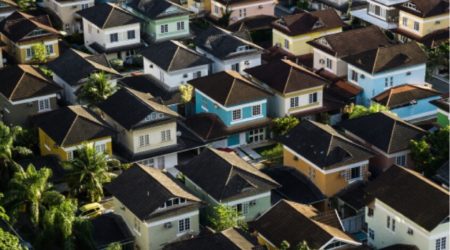 After a year of volatility and shock, Australians are facing a rental market that has never been less affordable. The 2021 Rental Affordability Snapshot surveyed over 74,000 rental listings across Australia and found that affordability has crashed to record lows. Anglicare Australia is calling on the Government to tackle housing affordability in its next Budget.

The submission includes a plan for the next Federal Budget to tackle poverty by raising the rate of JobSeeker and other key payments. The submission includes costings showing that JobSeeker, Parenting Payment, and Carer Payment could all be raised to $88 per day. This would pull almost 2.3 million Australians out of poverty, including 840,000 children. We also lay out plans for aged care, housing, tax, community services, disability, and mental health.

Creating Jobs, Creating Opportunity: Tackling long-term unemployment in Australia lays out a plan to support people who have been out of work long-term.

Submission to Workforce Australia (Parents Next)

Anglicare Australia believes that parents and children should be supported. The responsibility involved in caring for children should be valued in and of itself. Anglicare Australia maintains significant concerns about the ParentsNext program, which is mandatory for some people living on Parenting Payment. These relate to the compulsory nature of the program and its punitive and disproportionate Targeted Compliance Framework. Anglicare Australia calls for the Targeted Compliance Framework to be abolished, and recommends that the ParentsNext program be redesigned as voluntary and person-centred pre-employment support program.

Nothing Left to Give

Submission on Work and Care

In this submission Anglicare Australia advocates for a re-think of our entire approach to work and care, that provides all Australians with a permanent basic income to lift them out of poverty, and value their contribution, regardless of whether it is in paid employment, caring for friends and family, or volunteering in the community. We must do away with punitive and ineffective employment services that fail to take account of people’s situation, and move to a person-centred system that takes into account people’s strengths, goals and circumstances.

As well as much needed income, work can give people purpose, reduce social isolation, and foster connection to community. In this submission Anglicare Australia supportsthe provisions in the amendment that allow people receiving aged pension or veteran entitlements to have their payments suspended for up to two years, instead of cancelled, if they earn employment income above the maximum threshold. We also call for extension of the Work Bonus to social security recipients under 65 years and support for workforce participation through a universal basic income.

Submission to the Productivity Commission Inquiry into Carer Leave

Taking care of a loved one or a friend can be extremely rewarding and fulfilling, but it can also negatively impact an informal carer’s health, wellbeing, and financial security. Current arrangements fail to adequately support informal carers. In this submission, Anglicare Australia advocates that a legislated right to return to work will be helpful, but having enough money to live on while carrying out caring responsibilities is far more important. We call for a universal, permanent basic income to benefit all carers.

Submission on the Digital Protections Framework for Employment Services Programs

This submission comments on the Draft Social Security (Digital Protections Framework for Employment Services Programs) Determination 2022. It argues that while this Framework is a useful step, the new system has been created in a way that will continue to allow the Secretary and providers to issue rigid penalties, such as payment suspensions and cancellations, without review. It also makes detailed comments and recommendations on Schedule 1 of the Draft Framework.

Submission on Repeal of the Cashless Debit Card

In this submission Anglicare Australia commended the Government for introducing legislation to abolish the Cashless Debit Card, which has harmed those who have been forced onto it without providing any benefit. However, while we support the abolition of the Cashless Debit Card, we are concerned that the repeal of this bill does not apply to the income management program introduced during the Northern Territory Intervention, where three-quarters of people on the Basics Card are First Nations.

Ahead of the Federal Election, Anglicare Australia has released five bold ideas for candidates and parties. Anglicare Australia is calling for a basic income; a jobs guarantee; a community climate fund; a home for every Australian; and a people’s inquiry into Covid-19.

Submission to the Select Committee on Covid-19

Anglicare Australia has laid out a plan to get Australia through the Omicron outbreak, and plan for new Covid variants. Submitted to the Select Committee on Covid-19 the plan calls for free, universal Rapid Antigen Tests for all Australians; a COVID support package for the community sector; a national approach to keep essential workers in frontline service sectors at work safely; and urgent help to keep older Australians safe in aged care.

In this submission, Anglicare Australia lays out a pandemic plan to help people on the lowest incomes, and the community organisations who support them. The 2022-23 Federal Budget will play a critical role as Australia enters the next phase of the COVID-19 pandemic and learns to live with the virus. The Government will be required to play a much greater role than it has anticipated, and its leadership will be essential as we enter the next phase.

Asking Those Who Know: Final Report

Electricity and gas are essential services that are vital to keeping people healthy and connected. For many households, bills are the only way they interact with the energy retailers. Anglicare Australia recommends bills include best offer information, use standardised layouts and language to make them easier to explain and compare, provide information about hardship assistance and include information about energy savings, efficiencies and patterns of use. 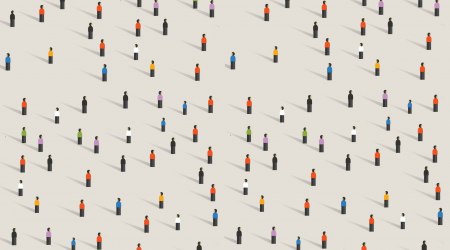 Australians overwhelmingly back a basic income for Australia. That is the key finding of a landmark new study from Anglicare Australia. The Valuing Every Contribution study surveyed 1,000 Australians.

Raising the Rate of JobSeeker for Good

Research from Anglicare Australia and UnitingCare Australia shows that JobSeeker increases halved the percentage of people living on $7 a day, and left people with more income across the board.

Asking Those Who Know: Survey Report

Paying the Price of Welfare Reform

This landmark study looks at on the impact of Centrelink automation on Anglicare staff and clients.

The Cost of Privilege

Research commissioned by Anglicare Australia shows that each year, a staggering $68 billion in taxpayer dollars is spent keeping the wealthiest households wealthy.

Anglicare Australia partnered with the Australian Council of Social Service (ACOSS) in the development of Inequality in Australia.

Going Without: Financial Hardship in Australia

Our research report on financial hardship in Australia shows that poverty for those on Newstart and the Youth Allowance is severe and long-lasting.

Submission to the Human Rights Inquiry into ParentsNext

Each year, Anglicare Australia members support 11,300 people with employment and training programs, helping them to find or prepare for work. Our agencies also support people in crisis who do not have enough work or income to get by. Over 100,000 people each year use emergency relief and financial counselling services provided by the Anglicare Australia Network across the country. This submission aims to provide a voice for the people, overwhelmingly women, living on Parenting Payment who may be compelled to participate in the ParentsNext program. Anglicare Australia maintains significant concerns about the program. These relate to the compulsory nature of the program and its punitive and disproportionate Targeted Compliance Framework. Anglicare Australia calls for the Targeted Compliance Framework to be abolished, and recommends that the ParentsNext program be redesigned as voluntary and person-centred pre-employment support program.

This submission summarises the Anglicare Australia Network’s experience with pay-day lending and the harm the industry causes the people we work with. We have found that a combination of low income, lack of savings, and poor access to mainstream banking and financial services can lead people to use pay-day loans for short-term and sudden financial crises. It is unacceptable that these pay-day loans are, for some people, the only option they have to access emergency credit.